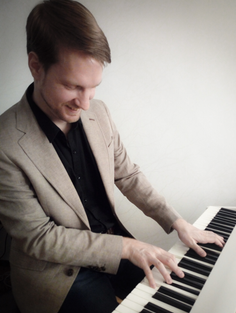 "...filled with passion and a positive intent and virtually guaranteed to be a huge success on its musical journey into our hearts..."

'The Reverie Suite' (Americana meets prog), an album where I had the privilege to play piano/organ on, has been receiving positive reviews and articles from magazines such as Background Magazine in The Netherlands, DPRP (9/10) , Neoprog France (4.5/5), Profil Prog FM Canada (8.6/10), Fireworks UK, Prog-Sphere and more, with radioplay on Progrock.com, various Progzilla shows and FM radio stations. The project was founded by guitarvirtuoso Hoyt Binder, Saskia Binder on vocals and includes former 'Seal/Andrea Bocelli' harmonicist Tollak Ollestad and 'Redemption' drummer Chris Quirarte. Mixed by engineer Smiley Sean and mastered by renowned GRAMMY-winning engineer Howie Weinberg.

I'm honored to have won an award at this year's InterContinental Music Awards in Los Angeles - Best of Pangea - New Age category. Big thanks to the judging panel and organizers of this international, multicultural music event that evaluates music from a global and ethnic perspective. Check out all nominees here. 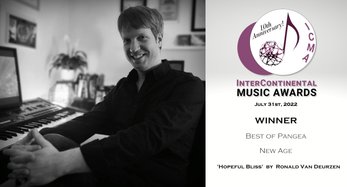 “If seashells are what you’re looking for, you’ll find them with ease. But if you’re willing to go the extra mile, you’ll end up finding pearls.” New video release of the single 'Seashells.

A video for 'Mist at Dawn' from the 2013 album 'Tale of Dreams' has been released. You can check it out here. The song also entered at #4 on New Age Music Guide's monthly chart.